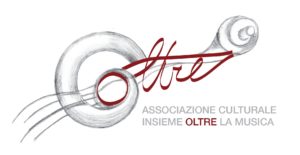 The Neapolitan Music Society comprises a dedicated group of musicians, composers, academics, and international community leaders deeply committed to promoting the Neapolitan School of Music of the seventeenth and eighteenth centuries and its right place in the history of music, and to give voice once again to the finest but forgotten masterpieces of music through performance, research, education, and preservation.Literally hundreds of symphonies, operas, and other works by the seventeenth- and eighteenth-century Neapolitan Masters exist only on paper, preserved but mute without performance, and sit silently in private institutions and music libraries in Italy and throughout Europe.Supported by four ancient conservatories (1503-1826) The Neapolitan School of Music produced the greatest Italian masters, such as Alessandro and Domenico Scarlatti, Niccolò Jommelli, Gian Francesco de Majo, Leonardo Leo, Franceso Durante, Nicola Fiorenza, and many more. Few musicians and music lovers today are familiar with this historic chapter deeply rooted in Naples.

Mº Gioacchino Longobardi is currently President and Artistic Director of Neapolitan Music Society. Mº Longobardi studied piano with Professoressa Tita Parisi and received his diploma in piano from the Conservatory of Music San Pietro a Majella di Napoli. In the following years he also graduated in Choral Music, Choir Conducting and Composition, under the guidance of Mº Carmine Pagliuca, Mº Aladino Di Martino, and Mº Ugo Rápalo with whom he also studied Musica Sacra, Opera and Orchestrazione.After completion of studies at the Conservatory of Music, Mº Longobardi expanded his knowledge in conducting at the Musikhochschule Mozarteum in Salzburg, under the guidance of Bernhard Konz, Kurt Prestel and Herbert von Karajan.Mº Longobardi has devoted many years and considerable talent to the rediscovery of unpublished or rarely performed works of the Neapolitan School of Music of Eighteenth Century, conducting performances for a new generation of music lovers.He has transcribed numerous works including Messa of Niccoló Jommelli, which he recorded in 2004.Mº Longobardi continues his endeavor as conductor and pianist, devoting his efforts as president of Neapolitan Music Society and Music director for Calvary United Methodist Church in Latham NY, in pursuit of further studying and revealing the work of the Neapolitan School Masters of the Eighteenth Century.